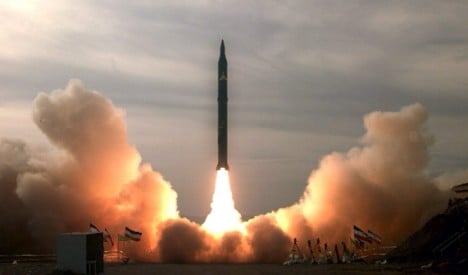 “The reports from Iran are alarming,” a spokesman for the Foreign Ministry told news agency AFP. “This is not a step that rebuilds trust.”

Iran on Wednesday test-fired an improved version of its Sejil 2 medium-range missile, which it says can reach 2,000 kilometres (1,240 miles), putting Israel, most Arab states and parts of Europe within its range.

Germany is one of six countries, including Britain, China, France, Russia and the United States, trying to convince Tehran to abandon sensitive nuclear work in exchange for incentives.

Iran is under three sets of UN sanctions for its refusal to suspend enrichment and risks a further round after rejecting a UN-brokered deal to send its low enriched uranium abroad to be further refined for a research reactor.