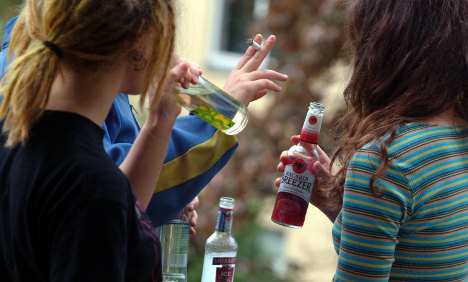 Some 25,700 people aged between 10 and 20 were taken to hospital last year because of alcohol poisoning, commissioner Mechthild Dyckmans said.

However, regular alcohol consumption among the age group actually fell compared with previous years, said Dyckmans, who is also a federal member of parliament for the Free Democrats (FDP).

Nevertheless, it was a depressing picture, she said.

Especially worrying were the 4,500 children aged 10 to 15 who had to be treated in hospital for alcohol-poisoning, a group that has grown by 19 percent since 2007.

Dyckmans called for all sellers of alcohol to demand proof of age of anyone who looked under 25.

“Many petrol stations have successfully done this for a while. I will discuss this idea soon with the Association of German Retailers (HDE),” she said.