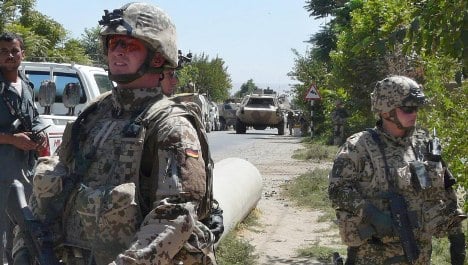 The fresh troops are expected to be provided by Germany and France, though not until next year.

“From a military point of view, the allied headquarters in Europe thinks it necessary to send two tactical groups into this zone,” that’s 250 to 1,500 men in each,” said German General Karl-Heinz Lather, the chief of staff of the headquarters of the allied command operations, based in Brussels.

While Lather gave no details, he recalled that France and Germany had indicated that they would not respond to NATO calls for more reinforcements until they see the results of a London conference on Afghanistan at the end of next month.

He therefore expects a “political decision” from the two NATO members after that, the German general said. According to another NATO official, the reinforcement mentioned by Lather could only be filled by future decisions by France and Germany.

North Afghanistan was calm until the start of this year, but has seen a sharp deterioration in security in recent months, as Taliban insurgents intensified attacks.

However earlier this month French President Nicolas Sarkozy said France would wait until the international conference on Afghanistan in January to review its troop contribution.

German Chancellor Angela Merkel said her country would also wait until after the London conference. Germany has around 4,300 troops in northern Afghanistan, the third largest contributor to a 100,000-strong international force after the United States and Britain, which has 10,000 troops there.