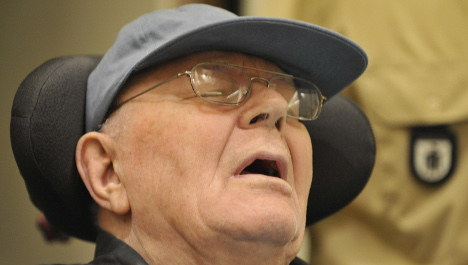 “A probe is under way to investigate allegations that he crashed into someone on purpose in 1947,” a spokesman for the prosecutor’s office in the southeastern city of Ulm, Michael Bischofberger, told AFP.

He said the now 89-year-old Demjanjuk was employed as a driver by the Allies in Germany after World War II.

The accusations were based on private inquiries but Bischofberger offered no further information on the alleged victim’s identity or the circumstances of the crash. He did not confirm a media report that the person was Jewish.

“We are trying to obtain more precise information from Ludwigsburg on where the accused was employed at the time,” Bischofberger said, referring to the federal office investigating Nazi-era crimes.

Demjanjuk went on trial in the southern German city of Munich last month accused of helping to murder 27,900 people while a guard at the Sobibor death camp in German-occupied Poland in 1943.

It is likely to be the last major trial for war crimes committed under the Third Reich. The next hearing is scheduled for December 21.