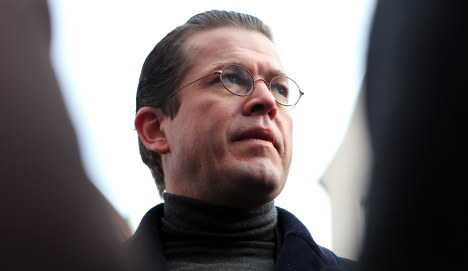 “I will definitely stay, even when it gets rough,” he told broadcaster RTL on Sunday evening.

Earlier he had told broadcaster ARD that he had not lied regarding the matter.

Guttenberg at first said the September 4 air strike, which killed more than 100 people, was “military appropriate,” but later changed his mind after receiving additional information that had supposedly been withheld by Defence Ministry officials as he took his post.

Last month he forced the German military’s top general, Wolfgang Schneiderhan, and a senior defence ministry official to step down over the affair. Franz Josef Jung, who had been defence minister at the time of the attack, also stepped down from his new post of labour minister following intense political pressure.

Guttenberg reiterated to the Bild am Sonntag on Sunday that the two men “took responsibility” because “relevant documents were withheld from me.”

But over the weekend newspapers said that Guttenberg already had the ISAF report, which contained enough information for him to be able to determine that the air strike was questionable.

There are also conflicting accounts of his dealings with Schneiderhan and the other defence ministry official to resign, Peter Wichert, suggesting that Guttenberg’s account is not accurate, Der Spiegel reported.

“It is high time that the government makes a government statement this week. We want to know: are the media reports right? Parliament is entitled to having the government clear this up,” said Sigmar Gabriel, head of the centre-left Social Democrats (SPD). “If this is correct, then the chancellor should compel him to resign, like his predecessor,” Gabriel said.

Opposition politicians also called on Chancellor Angela Merkel to make a statement in parliament to shed light on the incident.