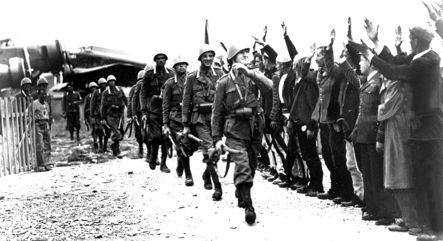 Sixty-three women and 27 children were among the 184 civilians killed when the German army’s 26th division stormed through Padule di Fucecchio, west of Florence, in search of Italian partisans on August 23, 1944.

A court martial in Rome is to consider the prosecutors’ request at a preliminary hearing likely to be held in the months to come, the domestic ANSA news agency reported.

They are alleged to have been responsible for the bloodbath alongside other German soldiers who are either unidentified or deceased. The 26th division was, at the time, under the command of captain Josef Strauch.

The massacre came 13 months after British, Canadian and US forces invaded the south of Italy – then allied with Adolf Hitler’s regime in Berlin – and slowly fought their way northwards.