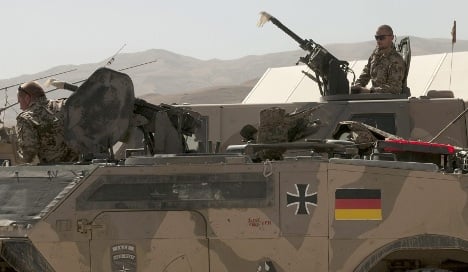 While Germany must decide itself how many Bundeswehr soldiers it wishes to contribute, “More German soldiers are certainly very welcome,” he told the paper.

Holbrooke’s comments come after he said on December 3 that United States does not plan to pressure Germany into deploying more troops to Afghanistan following President Barack Obama’s announcement that he would be sending 30,000 more American troops to the region.

“The situation there is getting more dangerous,” he told the paper, adding that the German troops there are indispensable. “I am thankful and happy that they are there.”

Last week Germany’s lower house of parliament, the Bundestag, voted to keep the Bundeswehr in the country until at least December 2010. But Chancellor Angela Merkel said then that she would not make a decision about increasing troop levels until after a January 28 international conference on the situation in Afghanistan.

Germany is currently the third-biggest supplier of foreign troops in the country behind the United States and Britain. Some 4,400 Bundeswehr soldiers there are currently engaged in the heaviest fighting Germany has seen since World War II.