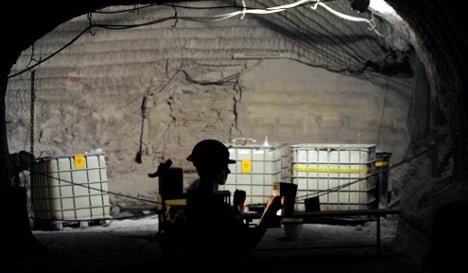 Despite repeated reports that the facility remains in a ramshackle state after it was handed over to by the Federal Office for Radiation Protection (BfS) from the allegedly careless former proprietor Helmholtz Zentrum in January 2009, residents in the area near Wolfenbüttel are safe, the study said.

The BfS partnered with agricultural research group LUFA to conduct tests between January and September 2009 and called the results “healthy and harmless.”

The group took some 132 tests ranging from one, to five, to 20 kilometres away from the former salt mine, which became a nuclear storage facility in 1967.

There are currently some 126,000 barrels of radioactive waste – including some 28 kilogrammes of plutonium – stored in the mine.