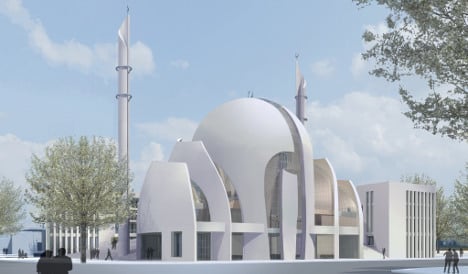 “Naturally the Muslims in Germany have a right to build mosques. But they should make sure not to overwhelm the German population with them,” Hessian Interior Minister and conservative Christian Democrat Volker Bouffier told daily Neue Osnabrücker Zeitung.

Large mosque minarets or domes that dominate the skyline will only create fears of Islamisation and fuel protests, Bouffier told the paper, explaining that the country’s state interior ministers would address the topic during their regularly scheduled conference on Thursday.

Afterwards the ministers plan to make an appeal to Muslim associations to avoid such structures, even if they are legal according to building regulations, in addition to “further intensifying the dialogue with Muslims in Germany,” he told the paper.

Organisations such as the German Islamic Conference (DIK), a federal Interior Ministry initiative intended to foster dialogue between Muslims and the government, are the way forward for continued understanding, he added.

Attempts to prevent the construction of mosques in Germany have made national headlines in recent years. This November workers in Cologne broke ground on a large, futuristic mosque with 55-metre minarets after it drew protestors from across the continent – including right-wing extremists.

To avoid inflaming public sentiment against the project, the Ditib Turkish association, which organised the mosque’s construction, agreed to not broadcast the call to prayer to the neighbourhood from the minarets and to keep the building’s height the same as nearby structures.

In Berlin’s Pankow district the first mosque to be built in former East Germany opened in October 2008 after two petitions for a referendum failed. Meanwhile residents of Gelsenkirchen, Munich and Dortmund are collecting signatures to prevent mosque construction in their communities.

Signalling increased fears of the so-called “Islamification” of their country, Swiss citizens voted on Sunday to enact a constitutional ban on constructing minarets at mosques. The two right-wing parties that brought the issue to vote called the towers a symbol of Islam’s supposedly political agenda.

Other topics up for discussion at the interior ministers’ conference include preventing football hooliganism and residency laws for asylum seekers.