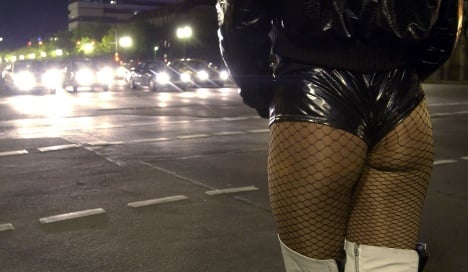 The chancellor’s €8.5-billion fiscal stimulus package has already sparked a revolt among regional leaders in her own party who fear their state budgets will be destroyed as they shoulder much of lost tax revenues.

The most controversial element of the plan so far has been the reduced value-added tax (VAT) in hotels and restaurants that would reducing revenues by an estimated €1 billion.

But now a particularly delicate aspect of the tax cuts is under the microscope for Merkel’s conservatives.

“It has to do with the hourly hotels and a related service to which an honest Christian person would rather not see tax discounts applied,” the paper said.

The question raised by critical politicians is whether the reduced VAT for the hospitality industry applies to extra services – such as sex.

There is the possibility they will add a rule that states the tax cut applies to overnight stays only and not the hourly use of beds. They will also ban discounts on certain services that have not yet been addressed, the paper reported.

Officials from Germany’s 16 federal states – even those led by conservative coalitions – are increasingly dissatisfied with the proposed fiscal package, which also plans to increase child benefits, reform business inheritance laws and cut some corporate taxes. Their opposition threatens to torpedo the vote in the upper house of parliament, the Bundesrat, on December 18.

Economists have also expressed doubts over whether the fiscal package will create much growth yet will balloon Germany’s deficit.