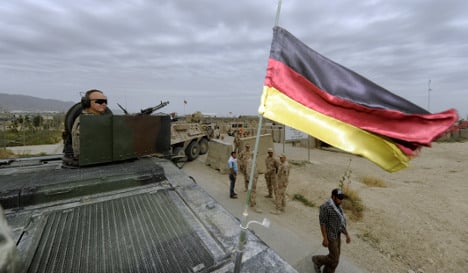 Such an increase would require parliamentary approval and mean a total contribution of up to 6,000 German troops.

However, Chancellor Angela Merkel said on Tuesday she would not decide increasing troops until after a January 28 international conference on the situation in Afghanistan.

“After this conference on Afghanistan, Germany will decide whether or not it will make fresh efforts, and if so, what efforts,” Merkel said, adding that security problems in Afghanistan would not be solved by military means alone.

According to daily Leipziger Volkszeitung, Obama wants Germany to add thousand of troops to the war effort and increase their geographical span to include the south and east. Currently German troops are stationed only in the relatively peaceful north of the country. The new troops would reportedly take part in an springtime offensive against insurgents next year.

The government source also told the paper that that Obama expected Bundeswehr soldiers to take part in “strengthening the international combat strength” and not just train Afghan police and military forces as it has in the past.

During his policy speech on Tuesday Obama committed the US to a troop increase of 30,000 in Afghanistan, but said forces would begin pulling out of the country by July 2011.

In November the German government extended its mandate for their unpopular Afghan military mission for one year. Some 4,500 Bundeswehr soldiers are currently serving in Afghanistan in the army’s heaviest fighting since World War II.