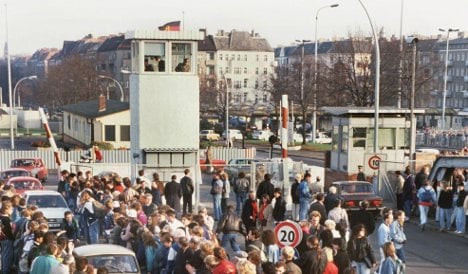 As of December 1, anyone who wants a real piece of Germany’s communist past can place their bid, property management company Marienburg Grundstücksverwaltung announced on Monday.

The original Bornholmer Straße border crossing between Berlin’s Prenzlauer Berg and Wedding districts was the first checkpoint to allow uncontrolled amounts of East Germans to pass through on November 9, 1989. Thousands of German Democratic Republic citizens streamed through the checkpoint into West Berlin that night, hastening the collapse of the communist regime.

The company is currently using the 12 pieces of 35 by 5-metre arched roof to cover a Berlin business parking lot, but they used to be part of the Bornholmer Straße automobile checkpoint.

They decided to make the sale because of construction plans at the site, they said.