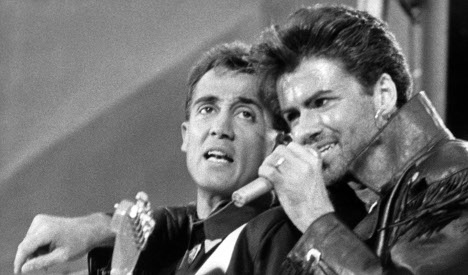 For Germany’s radio public, Christmas merriness starts not with the Christmas markets or the first advent candle, but with the first airing of Wham’s “Last Christmas.” The duo that includes the ever-flamboyant George Michael and his quiet counterpart, Andrew Ridgeley, released the song in the UK on December 15, 1984.

“The song has become a running gag,” said Peter Radszuhn, boss of the Berlin-Brandenburg broadcasting company Radio Eins, adding that the song remains the best-selling single never to reach number one on the charts.

A worldwide phenomenon, “Last Christmas” is especially popular in Germany.

According to RTL presenter Mikael Hoffmann, requests for the song during the Christmas season are consistently high, while requests for more traditional Christmas anthems from Frank Sinatra and Bing Crosby are declining.

According to Radszuhn, the secret of the song’s success lies in the universal appeal of its lyrics.

“It’s not a traditional carol. It doesn’t refer explicitly to baby Jesus or Santa Claus,” he said.

Instead, George Michael sings about an emotional attachment to the holiday-something in which every music listener can identify.

The success of “Last Christmas” has spawned an enormous number of covers. The internet site last-christmas.com has 387 to date, ranging from groups such as Coldplay to ‘N Sync.

Nevertheless, Radszhun said that he enjoys the song with a “plastic-like 80’s feeling,” adding that it is “always with us.”