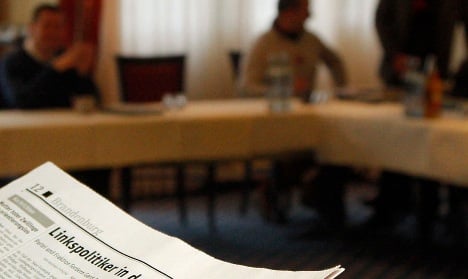 Gerlinde Stobrawa and regional deputy Renate Adolph – both members of the socialist Left party – were accused of failing to come clean over their links with the Stasi before taking up their positions.

Stobrawa, 60, had been outed by German media as Stasi informant “IM Marisa” who spied on colleagues from 1987 onwards.

She denied the allegations, but her party said she chose to resign so as not to harm the work of her position.

Meanwhile Adolph confirmed Monday that she had worked for the Stasi but had not had the courage to admit it, and chose to resign so as not to bring her party into disrepute.

The despised Stasi was responsible for spying on and imprisoning hundreds of people who criticised the regime in the former German Democratic Republic.