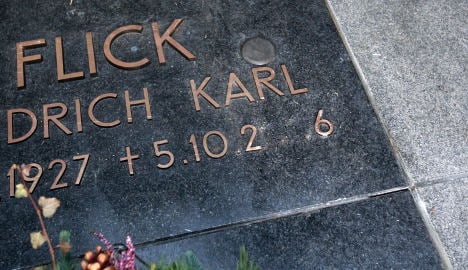 “The coffin of Friedrich Karl Flick together with his remains were secured in Hungary on November 29 and handed over to the Austrian authorities,” the police said in a statement.

Media reports in Germany and Austria reported on Monday that several people had been arrested in connection with the discovery of Flick’s body, but neither Austrian nor Hungarian police would confirm such details.

Flick’s remains were stolen in November 2008 from his mausoleum at the cemetery in Velden, in southern Austria, after thieves succeeded in shifting a 100-kilogramme (200-pound) slab of granite to make off with the coffin.

A month later, his widow Ingrid Flick offered a €100,000 ($150,000) reward to anyone who would bring back the body. No ransom demand was ever made by the robbers however and repeated investigations led nowhere.

Friedrich Karl Flick Jr, who died in 2006 aged 79, was ranked 94 among the world’s richest people that same year by Forbes magazine.