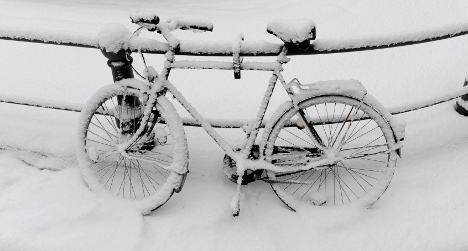 Christopher Hahn, 24, blew 0.17 percent blood alcohol – or 1.7 promille, more than three times the legal driving limit – after he attracted the attention of a police patrol while riding home from a party early one morning in June 2008.

Hahn was initially fined €500 by the district office of Gießen, in the state of Hesse. But the road traffic licensing department office in his town subsequently demanded he undergo a medical and psychological examination, which would have cost the student at least another €500.

When Hahn refused, he got a letter from the office telling him: “You are no longer entitled to ride any leg-powered vehicle on public streets.”

The letter went on to explain the ruling applied for 15 years. If Hahn wants to ride his bike before 2024, he must pay €25 each time, the ruling states.

Oddly enough, he is still permitted to ride a horse, the paper reported, though this is unlikely as he suffers an allergy to horse hair.