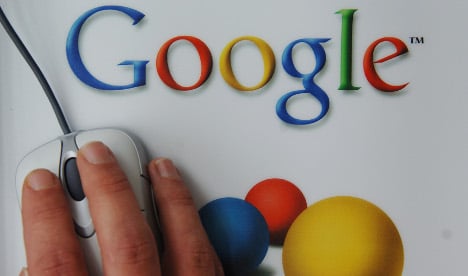 A group of state and federal data protection experts is meeting on Thursday and Friday to discuss whether the use of informational tools such as Google Analytics are legal according to German law.

The weekly newspaper Die Zeit reported that the authorities are looking into ways of discouraging German websites from using Google Analytics, including penalties if necessary.

“We only heard from a third party that they would be meeting this week and want to come up with a resolution in terms of all web analytics and web tracking software,” Google Germany’s spokesperson Kay Oberbeck told The Local on Thursday.

“They are not singling out Google Analytics, but are looking at a general resolution on all the big players in the market.”

The authorities fear that Google and other internet companies could compile profiles of millions of web users, detailing their interests, habits, consumer behaviours, as well as political and sexual preferences, Die Zeit reported. The paper added that what makes privacy experts nervous is the possibility that this data could be combined with fundamentally personal details such as addresses, bank account numbers and health insurance details.

Along with officials from Berlin, Hamburg, and Bavaria, the ULD, an independent centre for data protection in Schleswig-Holstein is expected to attend the talks. The organisation argues such web analysis is illegal and that internet users should have the option to “opt out” of observation by tracking tools.

Meanwhile Stuttgart data privacy lawyer Carsten Ulbricht told the paper that such data analysis without user permission violated the country’s telecommunications law, which could mean that fines of up to €50,000 apply.

But Google is confident that its Analytics tools remain within European Union privacy laws and Oberbeck told The Local the program only aggregates anonymous user information.

“We have signed on to the Safe Harbour contract between the US and the EU, which complies with the EU’s personal data laws,” he said.

Furthermore the “opt-out” option is unnecessary, because Google Analytics requires all sites that use it to disclose this on their privacy policies and users can choose to reject the cookies it sends via their web browser, he added.

“What may come out of the meeting is subject to speculation,” Oberbeck said. “We don’t know if they will do anything or not.”