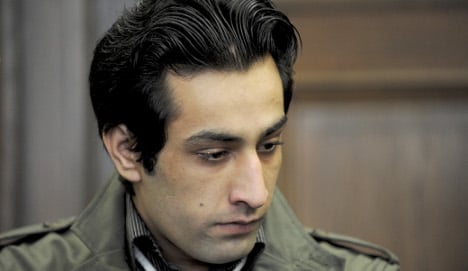 In a crime that outraged Germany, the man, identified only as Ahmad-Sobair O. knifed his 16-year-old sister Morsal 23 times as he believed she brought dishonour to their family by wearing Western-style clothes and make-up.

The Federal Court of Justice said it was “convinced that the accused committed the crime because his sister, in his opinion, had ‘stained the family’s honour’.”

The court rejected the appeal that the man was psychologically deranged and upheld the initial judgement by a lower court in Hamburg, in the north of the country.

The killer, aged 24 at the time, had said during his trial that he was “sorry from the bottom of his heart” for his actions. “That was my sister and I loved her,” he told the court, breaking down in tears.

Germany has been shocked by around 50 so-called “honour killings” since 1996, mainly in the country’s large Turkish diaspora.