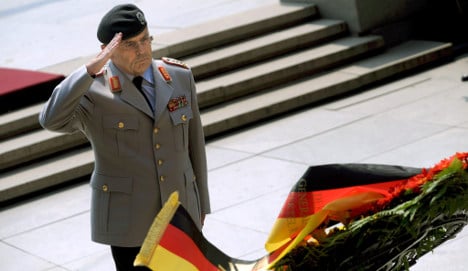 Defence Minister Karl-Theodor zu Guttenberg announced the 63-year-old general’s resignation in a parliamentary debate on military policy in the region and promised there would be further investigation of the controversial bombardment which took place in early September.

Saying Schneiderhan had personally asked to be relieved of his duties, Gutttenberg stressed the “relevant positions” had taken responsibility for the incident. Peter Wichert, a high-ranking Defence Ministry official, has also resigned.

According to NATO, the attack on two fuel trucks taken by the Taliban in the northern Afghan region near Kunduz resulted in the deaths of up to 142 insurgents and civilians. However, Jung at first contended that only Islamist insurgents had been killed in the air strike.

His ministry later admitted there had been an unspecified number of civilian victims. Klein was then accused of violating NATO’s rules of engagement by calling the strike. But according to a secret Bundeswehr document attained by Bild, Jung was informed of the deaths much earlier than previously thought.

But Jung, currently German labour minister, denied on Thursday evening he too had misled parliament or the public. “During the entire episode I was focused with clearing it up in a responsible manner,” he said with a quavering voice.

Bild also reported that there was a top-secret video and a lengthy secret Bundeswehr document that gave Jung’s ministry clear evidence of civilian deaths, in addition to reports from German troops in Mazar-i-Sharif that came in just hours after the September 4 bombardment.

One Bundeswehr memo reported sighting “two teenage corpses” and children wounded in the attack who were being treated at a hospital in Kunduz.

Meanwhile on September 8, Jung made statements in parliament explaining the Col. Klein had ordered the bombardment using proper protocol – though a NATO report had already informed the Defence Ministry that he had made the call based on blurry video images and statements from an unreliable informant who had not been to the site himself, Bild reported.

“I said clearly from the beginning and also on September 6 that we could not rule out civilian victims,” Jung said in Berlin to reporters.

Chancellor Angela Merkel said Jung still had her support, however, she demanded he offer “total transparency” regarding the affair. “I have complete trust in him that he will do this in the same spirit,” she said.