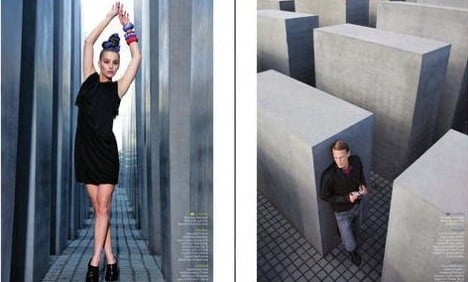 The November edition of “easyJet Traveller,” which features a fashion section with fashion models in provocative poses amid the pillars of the sombre monument to the six million Jews killed by the Nazis, in addition to shots taken at the city’s Jewish Museum, has sparked outrage in the British and Israeli press.

According to the paper, easyJet issued a statement apologising to anyone who may have been offended by the magazine spread, explaining that it had been produced by an external advertising agency.

Meanwhile a spokesperson for the Foundation for the Memorial to the Murdered Jews of Europe told the paper that the agency did not register to take the photographs at the site in central Berlin.

Foundation Director Uwe Neumärker also said that only projects “that have a contextual reference to the memorial” are allowed to use the site and commercial activities are strictly forbidden.

The paper said easyJet is now reviewing their relationship with the company that produced the photo shoot.