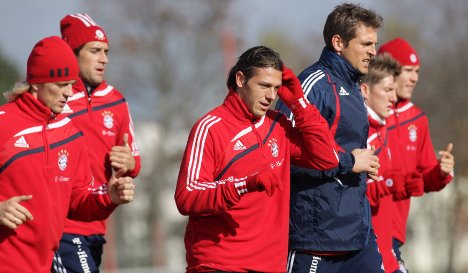 After home-and-away defeats by French side Bordeaux, Louis van Gaal’s men have slipped to third in Group A – four points behind second-placed Juventus.

All they can do now is defeat Haifa and hope that Juventus fail to beat Bordeaux in the other group game in France.

Bayern have also drawn their last three Bundesliga games to go seventh in the German league and with coach van Gaal under increasing pressure, a defeat to the Israeli side could make his position precarious.

Haifa travel to Munich still seeking their first points after their own successive losses to Juventus left them out of the running at the foot of the table.

Four points adrift, they retain a slim hope of finishing third and claiming entry into the Europa League, but they must beat Bayern to keep that ambition alive.

Bayern won the first-ever encounter between the two sides at the Ramat Gan Stadium in the first group stage match on September 15, when Daniel Van Buyten and Thomas Müller scored on the way to a 3-0 win.

But the Germans go into the match looking for the first home goal of their campaign having recorded blanks in a stalemate with Juventus and a 2-0 loss to Bordeaux.

Elisha Levi’s Haifa have even bigger problems in front of goal as they are the only team of the 32 in the group stage yet to find the back of the opposition’s net.

If they fail to reach the knock-out stages, this would be the first time they have missed out on a place in the last 16 in their five previous attempts.

The last time they failed to do so was in 2002/03 when they finished bottom of their group with just two points.