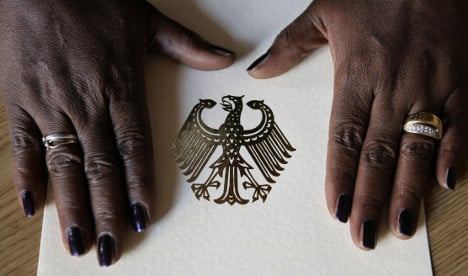 The new contract, a goal for the current legislative period, will elaborate on what kind of support immigrants can expect from Germany, in addition to “what we expect from the immigrants,” Maria Böhmer told daily Stuttgarter Nachrichten.

“All who want to live and work here for the long run must say yes to our country,” she continued. “To this belongs proficiency in the German language, but also a readiness to take part in society.”

German values, such as freedom of speech and equal rights for women must also be recognised in the proposed contract, said Böhmer, a member of Chancellor Angela Merkel’s conservative Christian Democrats.

In response to controversial comments about Berlin’s failing Turkish and Arab community made by Bundesbank board member Thilo Sarrazin in September, Böhmer told the paper she had been stunned by his statements.

“There are indeed large city quarters with parallel societies,” she said, but added that when Sarrazin was serving as Berlin’s finance minister, he failed to take action.

“When one did nothing to improve matters and then makes such statements while no longer holding responsibility, then I can only react with astonishment,” she told the paper.

“Regarding the necessary debate over poor school achievement, there must also be a discussion over those who get their high school diplomas, study, start companies, or become engineers, doctors and lawyers,” she told the paper, adding that these immigrants are part of the “economic success of our country.”