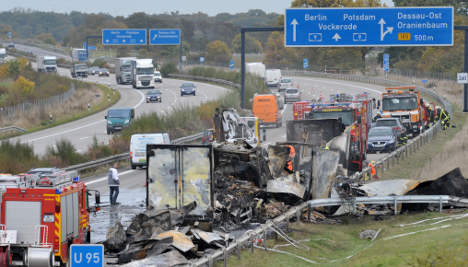 Schlie spoke out after a fatal accident last weekend near Hamburg in which a drunk driver drove his car into a young woman’s car.

A fire fighter from Lübeck came across the accident scene on his way home from a party and described how a number of drivers stood by while he and a friend were trying to rescue the woman from her blazing car.

Schlie told the Sunday edition of the Lübecker Nachrichten paper that such onlookers should be shocked into taking action in the future.

“Perhaps then they would understand that it is not a film, but the ugly brutal truth, in which people often die,” he said.

The fire fighter said he and his friend repeatedly asked for assistance from drivers who were nearby.

The woman died shortly after being taken to hospital while the other driver survived with serious injuries.