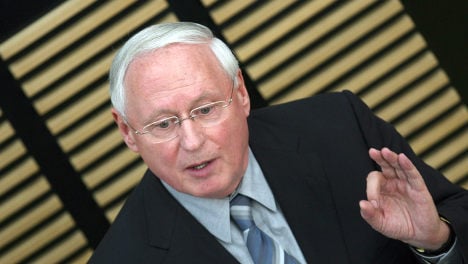 “The operation was successful and he is well considering the circumstances,” spokesman for the parliamentary party Hendrik Thalheim told the Frankfurter Allgemeine Zeitung on Saturday.

The 66-year-old co-leader of The Left stunned political colleagues last week when he announced his need for the cancer operation, as only a few insiders even knew he was ill. He said that his political future would depend on the outcome.

“After undergoing the operation and in accordance with my health and the medical prognosis, I will decide in what form I will continue my political work,” he said on Tuesday.

Gregor Gysi, head of the parliamentary party said he was confident that Lafontaine would return to political business. “We have telephoned with each other, and I am very optimistic that both the Federal Republic and our party will not lose him,” Gysi told daily Der Tagesspiegel.

Lafontaine, a charismatic and energetic leader, would leave an enormous gap in the party he helped form after leaving the centre-left Social Democratic Party, where he briefly served as former Finance Minister under Gerhard Schröder.

His surprise illness prompted a debate over a possible successor to lead The Left.

This was harshly criticised by Gysi, who called it inappropriate. “When someone goes into hospital, one thinks of all sorts of things, but not of their successor,” he said.

He admitted that the party needed to promote younger members into the leadership structure, but rejected Thuringia party chairman Bodo Ramelow’s calls such changes last week – suggesting a two-year programme instead.

“We know ourselves that there has to be a generation change. But we will not be pushed into this,” Gysi said.