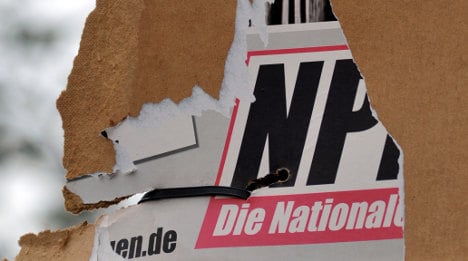 The Berlin party headquarters has two such numbers, Der Spiegel reported this weekend, enabling supporters to donate money anonymously just by picking up the phone.

Each call raises either €5 or €10, the magazine reported.

An attempt to enable those who want to give even more while maintaining their anonymity by adding a PayPal button to the NPD website has failed though.

The party, which is facing bankruptcy, followed other smaller parties such as the Christian Social Union, Free Democratic Party, The Left and the Greens by using the PayPal system to enable supporters to donate up to €500.

But a spokesman for PayPal said the company would be removing its service from the NPD as soon as possible, and donating the fees it had charged the party since the start of the month, to charity.