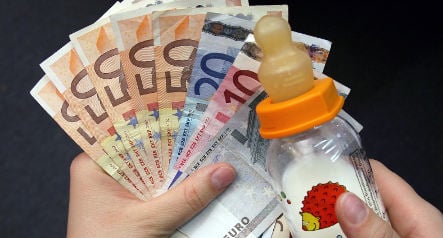 The change, which she said could likely go into effect by early 2011, is meant to protect families from being forced into applying for welfare benefits, known as Hartz IV.

“We want to expand the state child subsidy so that significantly fewer children are dependent on Hartz IV,” von der Leyen told the paper.

The legislation would prevent small increases in income from making families ineligible for the child subsidy, which would ultimately leave them with less cash for child care, she explained.

“Additionally there will be a choice between the child subsidy and Hartz IV,” she told the paper. “With this we will reach at least 200,000 and perhaps 350,000 more children.”

The family minister, herself a mother of seven, also advocated a review of child benefits in the German welfare system.

“Children have specific needs. What they need doesn’t allow itself to simply be counted as a percentage of what the adults are entitled to,” she said.

The child subsidy is aimed at parents who can afford to support themselves, but not their children. It provides up to €140 per child each month and is meant to keep these families out of the welfare system.