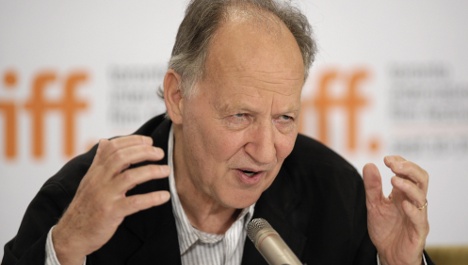 “Werner Herzog’s films convey the artistic strength of cinema,” said Berlinale director Dieter Kosslick in a statement released on Thursday. “We are very pleased to have this outstanding director as jury president for the 60th anniversary of the festival.”

Herzog is best known for his experimental technique and working with the notoriously difficult German actor Klaus Kinski. Together, they made five films, including “Fitzcarraldo,” which earned Herzog the title of best director at the Cannes Film Festival in 1982.

Born in Munich, Herzog is credited with bringing New German Cinema worldwide attention. His films have often featured people struggling against nature or protagonists with lofty ambitions. He has also done several documentaries, including 2005’s “Grizzly Man,” which chronicled the life and shocking death of bear enthusiast Timothy Treadwell, who was mauled to death with in Alaska. It won a Sundance Film Festival award.

Recently, Herzog has made two films, “My Son, My Son, What have Ye Done” and “Bad Lieutenant: Port of Call New Orleans” starring Nicolas Cage, which has been entered in the 2009 Venice Film Festival.

This year’s international film festival will run from February 11 through 21, 2010. Tickets and a programme of films will be listed on Berlinale’s website at the beginning of that month.