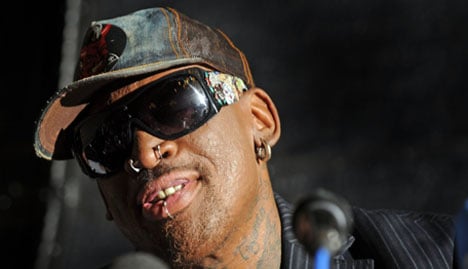 After a basketball all-stars game Sunday, Rodman held a “small private party” that ended up costing more than €3,400, according to Trier chief prosecutor Jürgen Brauer

“It was the rather pricey beverages that were consumed,” he said.

The hotel called the police after Rodman, known for his eccentric behaviour and penchant for booze, left without paying the tab, according to the Trierischer Volksfreund newspaper.

The former NBA star was on his way to Frankfurt Airport in a stretch limousine when authorities caught up with him. He was arrested and forced to pay his bill, bail of €1,700 and a bit extra for possible fines in cash before being allowed to continue his travels.

Brauer said he believed Rodman still managed to get his flight.