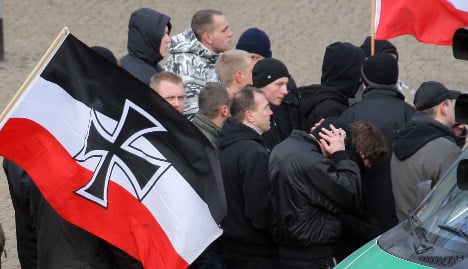 The 31-year-old woman, Sandra F., is among seven neo-Nazis accused of running the internet radio station European Brotherhood Radio, which also carried instructions on how to build bombs that used broken glass as deadly shrapnel.

It also played neo-Nazi music and had interviews with far-right leaders, including members of Frontbann 24, a group recently banned by the Berlin state government, the paper reported.

Sandra F. had been an informant for the Office of Constitutional Protection in Lower Saxony, or Verfassungsschutz, from late 2007 until she and the other accused were arrested in March.

She was recruited to spy on the nationalist German People’s Union (DVU) and received a modest compensation for the information she provided.

It appears that her involvement with the radio station was not known to the Verfassungsschutz until the state police began investigating her and her co-defendants, the paper reported.

The case therefore has uncomfortable echoes of previous instances of out-of-control, far-right informants for the Verfassungsschutz.

In 2003, when the federal government tried to ban the far-right National Democratic Party, the case collapsed amid farce when the country’s highest court discovered that many sections of the party’s platform may have been written by paid informants of the security services.

In the trial, which started Monday morning and is expected to run until early December, the defendants, five men and two women, are accused of running or supporting the radio station between November 2005 and March 2009.

The station also denied or even celebrated the Holocaust and often used phrases such as “Heil Hitler,” “Sieg Heil” and “death to Zion.” The internet site described Nazi leader Adolf Hitler as “the people’s greatest son.”