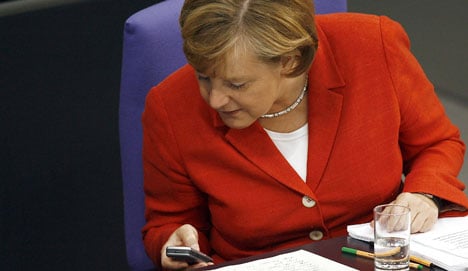 “The Interior Ministry has signed a contract including around 350 federal agencies for highly secure smartphones,” Reinhard Clemens from Telekom’s subsidiary T-Systems told the paper. “Now we are about to deliver thousands of units.”

According to the paper, Chancellor Angela Merkel will also receive a mobile capable of sending coded emails. She is know to be an avid user of SMS text messaging.

“Leading politicians can communicate over absolutely secure channels,” said Clemens, adding the demand for such technology was also growing among German business executives.

“Industrial espionage is a considerable danger,” he told the paper.