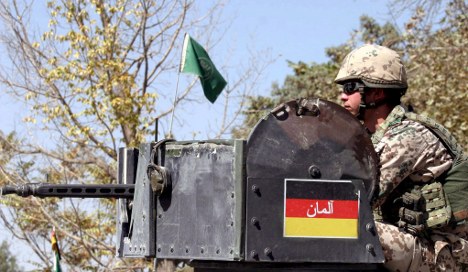 According to the report, red-framed posters have been placed in the capital Kabul and other Afghan cities, alerting people to the 27-year-old Muslim convert known as “Jan Sch.”, whom the poster describes as possibly “violent and armed”.

The Kazakhstan-born German from Saarland is believed to be hiding in the remote border region between Afghanistan and Pakistan and is suspected of having links to terror network Al-Qaida.

His targets could be German military bases or civilian reconstruction facilities, the report said.

The federal police (BKA) have aimed the posters at international forces in the war-torn country and have therefore put them up mostly at security checkpoints and facilities where foreigners work.

Jan Sch. is regarded by German anti-terrorism officials as part of the so-called “Sauerland group”, led by another convert, Fritz Gelowicz, who was caught along with three co-conspirators while planning a major terrorist attack in Germany in 2007.

Jan Sch. is thought to be one of several German terrorism suspects roaming around the border region of Afghanistan.