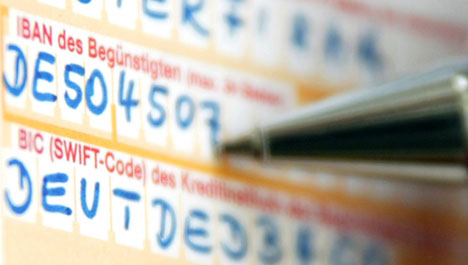 “The federal government has distanced itself from the SWIFT agreement,” she told the Berliner Zeitung daily. “I consider it unfortunate that the EU is trying to push through this agreement according to the old rules one day before the Lisbon Treaty goes into effect.”

She pointed to the fact that the treaty reorganising the European Union’s inner workings will give the European Parliament a greater say in such matters like the data transfer agreement.

But the minister also said she had problems with the substance of the deal, which is meant to help US officials track terrorist finances.

“I am still critical of how the extent of information transfer to the USA and the lacking legal recourse,” Leutheusser-Schnarrenberger said.