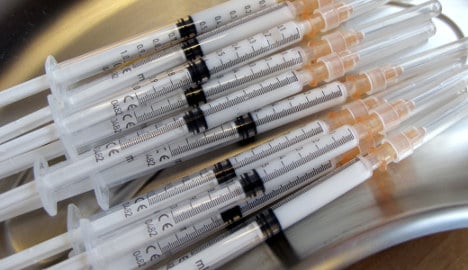 Head of the German Medical Association (GMA) Frank Ulrich Montgomery called on the pharmaceutical firms to fulfil their obligations and make up for the shortage.

“Just as they remind us that we must fulfil our contract for 50 million vaccination doses, one must also remind them that they have to deliver them,” he told radio broadcaster RBB, adding that it may not be a good plan for every state to have a different distribution plan.

German Health Minister Philipp Rösler is planning to meet with his state counterparts around midday to discuss the problems.

Meanwhile a GSK spokesperson told broadcaster ARD that deliveries are running “according to plan” and all 50 million doses of the vaccine will be available by January 2010.

Minister Kuppe also criticised the differing explanations about the vaccine from health experts.

“There must be a unified, good and dependable recommendation for vaccination,” she told Deutschlandfunk.

The continued criticism follows a row over vaccinations last month, when critics panned “government-only” flu shots, reserved for soldiers, police officers, and essential workers. The “two-tier” programme gave government workers the Celvapan vaccine manufactured by Baxter, which has fewer side effects than the mass Pandemrix vaccine manufactured by GlaxoSmithKline.

The outcry prompted Chancellor Angela Merkel to say she would get the public vaccine.

The government has also been accused of shoddy information policy which may be leading people to forgo immunisation altogether.

There have been 13 confirmed deaths from people with swine flu in Germany this year, while about 40,000 cases have been officially registered by the national disease control and prevention agency, the Robert Koch Institute.

The rate of new infections recently accelerated as experts predicted would happen in autumn, increasing the urgency for vaccinations, particularly for high-risk patients such as pregnant women and children.