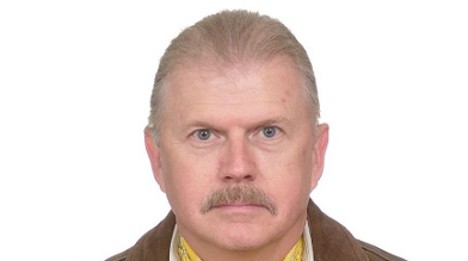 Peter Claussen arrived in East Berlin for his second post with the US Foreign Service in 1987 just weeks after Ronald Reagan delivered his famous “Mr. Gorbachev, tear down this wall” speech.

For the next three years, he worked as the Deputy Public Affairs Officer for what was then called the US Information Agency, arranging cultural and educational exchanges. He also witnessed the fall of the Berlin Wall and the tumult that followed.

The 60-year-old later served at posts in Washington D.C., Karachi, Islamabad, Colombo and Kenya, before returning as the Cultural Attaché in Berlin for three years until he recently moved on to Abuja, Nigeria. The Local spoke with Claussen about his memories of East Berlin.

Would you describe any of the public diplomacy work or cultural programmes you proposed as edgy or objectionable to East German authorities?

Not on the face of it. We were essentially looking for cracks in the façade – organisations, institutes, offices or schools that seemed more amenable to the kinds of things we had to offer.

How closely connected with intelligence gathering was this?

It’s a fine line, but in the organisation I was working for there was a very strict line between that and the kind of cultural work we were doing – it was deliberate, there was nothing clandestine about it. That was part of being a cultural diplomat – to establish clearly and convincingly that this is what you did for a living, and not the other.

Were the people you were in contact with at risk for government suspicion?

When we were working at the Leipzig Book Fair we sought contacts who were interested in the books we offered, for instance. It was not acceptable for East German citizens to have contacts with foreign diplomats, except for those assigned to do so. We had to make clear that they knew what the risks were in engaging with us. On the other hand we did not turn it off if it came to us. And I think that got our official contacts in the GDR government a little grumpy. They wanted us to play by their rules and we didn’t quite feel the necessity.

Were you under surveillance by the Stasi?

Have you seen the files?

Yes. They got it wrong more often than not. We assumed that the surveillance was omnipresent. We were advised to look over our shoulders. In my files there was a lot of detail about my comings and goings, but then there was a narrative overlay that was wrong.

Did you ever feel you were going to be detained?

No, that was the real joy of the job. There was a certain degree of immunity. The intimidation lessened before I got there. Diplomats there before I arrived were telling much different stories about obvious intrusions into their private space – like coming home and finding that someone had used their toilet and didn’t flush, and tacky stuff like that. Or it would be Christmas morning and the favoured toy for their kid was broken. We knew the apartments were bugged, but we lived our life knowing that was there.

Did you anticipate the fall of the Berlin Wall?

It was a very busy time. Tracking ‘who’s in charge now’ and all of that analysis made life very complicated for us. Did we see what was coming? No, of course not. When you’re assigned to a country that’s your reason for being there. Imagining that your daily way of life can suddenly vanish is beyond the capacity of most people.

But was it something the embassy was working for?

We were trying to encourage the liberalising elements within the society. We were trying to do what President Reagan said by figuring out ways to perforate the wall – with a speaker that was more liberal, with a poet or a songwriter. With people whose range and contacts would bring us in touch with people among the anti-government forces within the country.

What were you doing the day the Wall fell?

It was a regular work day with lots of things going on. I was at home at nine or 10 in the evening when I noticed from my balcony on Leipzigerstrasse that there was a long line of people stretching down the street from Checkpoint Charlie, the border crossing. There’d been some phone calls going around, and I’d seen the Günter Schabowski clip from the press conference on TV but was trying to figure out what was going on, so I called an East German friend of mine and said, ‘I think the Wall is coming down, why don’t you come over here.’ There was a still a long line and I didn’t have any patience for that so I used my diplomatic pass and walked us to the front of the long line and he and I walked into West Berlin that evening.

How did you feel?

I was astonished. It was like being in a strange street carnival. The next day I walked out with a crowd and then back in without having to flash and ID, and that was for me that the moment it ceased to exist.

Do you understand Ostalgie? Nostalgia for the East 20 years later?

I think I do. It is that there is a certain familiarity with the place that you grew up that is hard to convey, but when you meet someone who shares it you have a common touchstone. In this case there isn’t even a place to go back to, though.

How do you deal with what happened 20 years ago, how do you reconcile that life no longer looks like that? What happens to that world when it’s gone? That creates this Ostalgie. It’s something that we all experience in our lives whether the country closes up behind us or not.