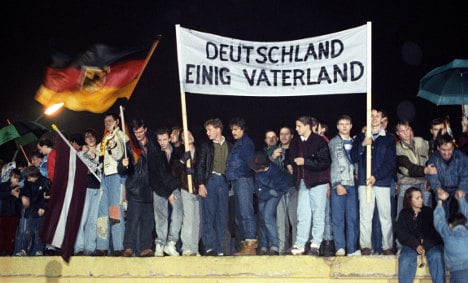 According to the poll published by broadcaster ZDF, 86 percent of Germans describe the reunification of East and West Germany as having been successful.

Yet a majority also said there were more things that divided East and West than united them.

Similar polls taken since the 1990s have generally shown about four out of five Germans were happy with reunification.

But there is considerable disagreement about who has profited from reunification. Six out of 10 people in the former West say reunification had favoured Easterners, compared with 18 percent who saw Westerners themselves as the winners.

Some 8 percent of Westerners thought the process had been equitable and 12 percent thought there had been no winner at all.

But putting this in perspective, 44 percent of respondents also said the north and south of the country were poles apart.

The poll was conducted by the Mannheim-based Polling Research Group from October 27 to 29 and surveyed 1,207 people across Germany by telephone.