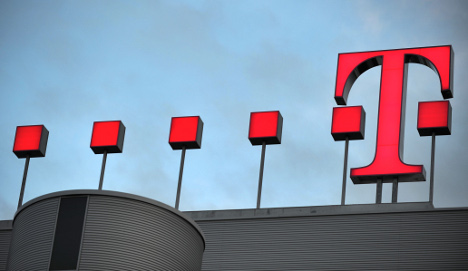 Core earnings before interest, tax, depreciation and amortization (EBITDA)rose by 10.2 percent to €5.394 billion, a statement said, as customers continued to call and surf the Internet despite the economic crisis.

Analysts polled by Dow Jones Newswires had forecast sales of 16.27 €billion and EBITDA, the group’s preferred measure of performance, of €5.33 billion.

“The group therefore confirms its guidance for the year as adjusted in April,” Deutsche Telekom’s statement said.

That outlook was for a slight dip in EBITDA of two to four percent, excluding the results of Greek telecoms operator OTE. Deutsche Telekom’s third quarter results got a boost from the consolidation of OTE’s figures, which added €1.5 billion to sales and 600 million to EBITDA.

Mobile operations in Germany also gained 1.4 percent while those in the United States were 3.0 percent stronger, the German group said, adding that the euro’s gain in value against the dollar had worked in its favour in the US.

“We have continued the positive trend of the second quarter and have picked up the pace,” chief executive Rene Obermann was quoted as saying.

“We responded quickly and took effective steps in those markets we were concentrating on in the first quarter – the United Kingdom, the United States, and Poland.”

Weaker business activity nonetheless hurt operations at the T-Systems division that provides services to businesses, while fixed line operations posted a 3.5 percent drop in sales owing to market competition and increasing use of mobile telephones.

Shares in the company rose by 1.67 percent to €9.44 in early trading on the Frankfurt stock exchange, while the DAX index of German blue-chips was 1.46 percent lower overall.