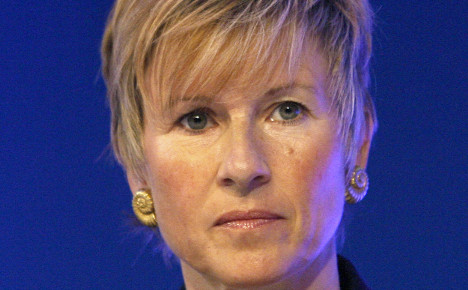 The 43-year-old is the second to be jailed over separate blackmail attempts on Klatten, 47, who is married and owns a large chunk of BMW.

The Munich court gave three accomplices, aged between 33 and 46, suspended sentences of between 12 and 20 months for helping the man.

The lead blackmailer, from the western state of North-Rhine Westphalia, had in July of this year claimed to have videos of Klatten and her former lover, the “Swiss gigolo” Helg Sgarbi.

Sgarbi was himself jailed for six years in March for his own attempt to extort millions of euros from of Klatten.

The blackmailer sentenced on Wednesday admitted to having sent letters and making phone calls to Klatten demanding the money in return for the videos, with help from the 46-year-old accomplice. In fact, the men had no videos.

Klatten pretended to go along with the extortion deal but instead contacted police.

The handover was supposed to take place on July 15 at a parking lot next to a car dealership in Duisburg. The other two accomplices were to watch the street and handle the car.

Police tapped the blackmailers’ phones and arrested them on July 15 and 21.

The blackmailers got the idea after seeing the Sgarbi trial. Sgarbi, a 44-year-old Swiss-Italian former investment banker, made the videos while having an affair with Klatten in 2007.

Klatten’s personal fortune is estimated at nearly €8 billion, making her the 35th richest person in the world.