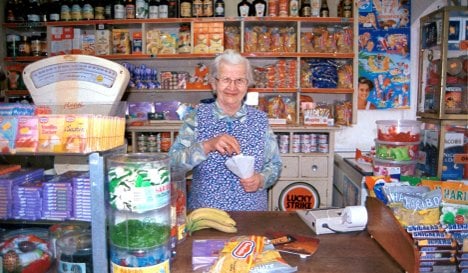 The Tante Emma Laden, or “Auntie Emma store,” as small corner shops are commonly called in Germany, is experiencing a renaissance thanks to state funding, the magazine’s website said.

For many years the stores were thought to be dying out. But in the last decade, some 20,000 big supermarkets have pulled out of communities with fewer than 5,000 residents and aren’t opening new locations in places with populations smaller than 8,000, Der Spiegel reported.

But some 15 percent of Germany’s population lives in such small towns – where new mini markets often also serving as community centres – are cropping up across the country.

“A village store only works in economically unsure times when it identifies with the residents,” project coordinator at the Schleswig-Holstein agricultural ministry Christina Pfeiffer told Der Spiegel.

The town of Gülzow with 1,300 residents, for example, received some €800,000 in state funding towards a new building for a store on the main street. It’s one of some 25 village stores in the state that have been built to suit individual community needs in addition to selling groceries. Other services postal service, lotto, snack bars, and venues for local student and senior gatherings.

“Above all, one hears here first what’s going on in town,” customer Vera Poggenhorn told the magazine.

Similar projects are also underway in the southern states of Bavaria and Baden-Württemberg, where more than 200 such Tante Emma Laden have opened their doors – mainly through local initiative.