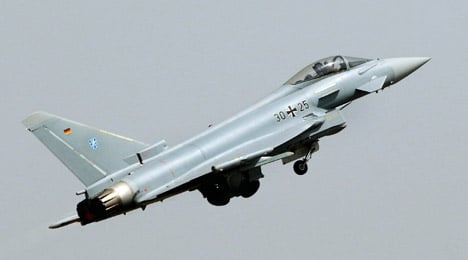 A file photo of a German Eurofighter. Photo: DPA

The Bundeswehr confirmed to the paper that the incident, involving a German Eurofighter and a Russian radar plane along the Estonian-Russian border, occurred on September 15.

After the German jet challenged the radar plane, the Russians scrambled two fighters, which approached at supersonic speed. Finnish jets then escorted the Russians back to international airspace, averting a further escalation of the situation.

The Luftwaffe has protected the airspace of the Baltic nations Estonia, Lithuania and Latvia for the past two months as part of a rotating deployment by NATO members.