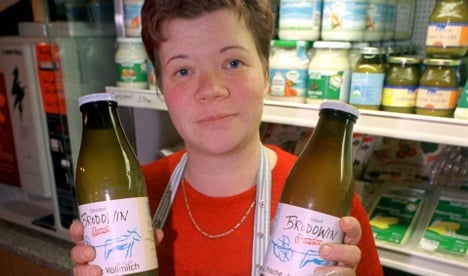 A worker at the Ökodorf Brodowin shows off the farm products. Photo: DPA

With its 1,250 hectares, compared to average sized farms of just 40 hectares in western Germany, the former collective farm provides employment for the village’s 430 inhabitants. It owes its success to converting to organic farming, mainly for the Berlin market, some 80 kilometres away.

The former agricultural cooperative society LPG was set up in 1955 on the Soviet model by forcing small family farms to merge.

In East Germany, about 85 percent of all farmland was collectivised or handed over to the state in this way by the early 1960s.

After the fall of the Berlin Wall 20 years ago, and reunification of the two Germanies the following year, the land was privatised and returned to its former owners.

But surprisingly many small-holders, including those in Brodowin, a community surrounded by lakes, woods, and the flat fields of Mecklenburg-Western Pomerania, decided to stick together.

In 1991, when collective farms were given just six months to change status, “people in the village held round table talks to discuss the future of the farm,” said Ludolf von Maltzan, who heads today’s business.

Most people in the village had been given their land back, but didn’t know how to farm it effectively alone and decided to reform a cooperative, he said.

At the same time, under the influence of local writer Reimar Gilsenbach, a dyed-in-the-wool ecologist, they opted for organic farming.

Initially, people just hoped to keep their jobs on land whose poor quality didn’t allow for intensive farming, according to Peter Krenz who initially ran the business in the 199Os.

“But everything had to be learned anew,” he added.

The farmers didn’t know where to get seed or fertiliser, how to replace their old Russian-made tractors, or even how to combine dairy production with crop-growing, because these jobs had been split under the communist regime.

Nearly half the jobs were eventually cut, with many workers taking early retirement.

Throughout the whole of eastern Germany, the number of those working in the farming business dropped from one million to 200,000, according to Dieter Kirschke, a farming specialist.

The problem for the countryside is that many collective farms didn’t just deal with agriculture. They also looked after local roads, ran cantines, kindergartens and even small workshops.

“Their purpose was at the same time economic, cultural, social and political,” according to political scientist Benjamin Noelting.

The businesses were broken up, privatised or taken over by local and state authorities, but “the money wasn’t always there to keep them going,” said Kirsche.

As a result jobs were cut, and women and young people, who suffered the brunt of lay-offs, started to move away in search of new jobs, Noelting said.

Oddly enough, the very size of some collective farms proved to be what saved them, Kirsche said.

They drew large-scale aid from European Union subsidies and were quickly back on their feet, he added.

Brodowin today is a thriving business with fresh vegetables, milk, butter and fruit juices even sold over the Internet, and tourists flock to the area which has been declared a nature reserve.

Compared to many other places in eastern Germany, “the village was lucky,” von Maltzan said. 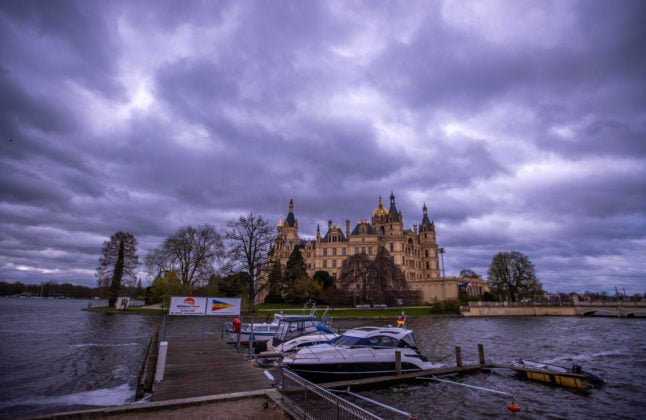 VACCINE
The German state that’s open to daytrippers – but not children
Url copied to clipboard!