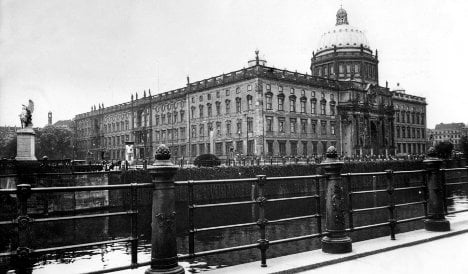 City planning secretary Engelbert Lütke Daldrup said building of the Baroque palace, the original of which was home to Prussia’s rulers and then the German Kaiser, would start 2011, instead of next year as planned.

The original palace, or Stadtschloss, was blown up by the communist East German government 60 years ago.

Lütke Daldrup refused to comment on suggestions that the delay was due to the government competition watchdog’s recent ruling that Berlin’s contract with Italian architect Franco Stella was invalid.

Stella had won a jury-judged competition to oversee the reconstruction of the palace. But after a rival architect, Berliner Hans Kollhoff, complained about a lack of transparency, the watchdog ruled Stella had not been eligible to participate.

The Berlin government has vowed to challenge the watchdog’s ruling.

Lütke Daldrup said doubts about his eligibility were “fully cleared up.” But he refused to go into details on the grounds that the the issue was still before the courts.

He also refused to comment on whether the ruling over Stella had been a stumbling block.

“That would only cause confusion,” he said.

Instead, as grounds for the delay, he cited the bottlenecks created by the restoration of the facade of the Hohenzollern Castle, south of Stuttgart.

He could not say how long it would take to carry out all the necessary stonemasonry, but said a building time of six years was realistic.

On the weekend, the new government of Angela Merkel’s conservative Christian Democrats and the pro-business Free Democrats confirmed the federal government’s €440-million contribution to the reconstruction.

With that, the speedy continuation of the project was guaranteed, said the president of the Foundation for Prussian Cultural Heritage, Hermann Parzinger.