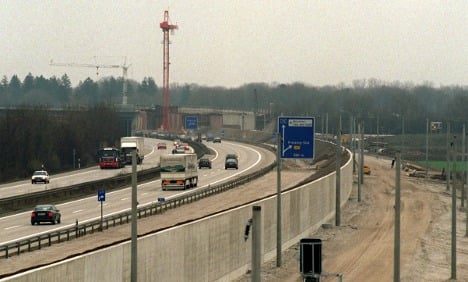 The bus, which was carrying 54 children, then smashed into a second car, slightly injuring two other people.

The crash happened at the Deggendorf junction of the A92 motorway, north of Munich, at 7:35 am.

The 71-year-old female driver of the car, who came from the nearby town of Deggendorf, was killed.

Crash investigators said there was no initial indication of how she came to be driving the wrong way on the motorway, though they were continuing to seek answers.

The injured children, none of whom were seriously wounded, were taken to hospital and the rest of the children given counselling at the nearby Red Cross Centre.

The A92 motorway was closed for several hours.