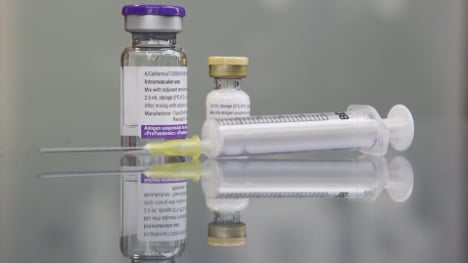 Key medical workers, the police and the chronically ill will be given priority for the first immunisations against the potentially deadly H1N1 virus.

The general public will likely have to wait until the end of November to be vaccinated, however, several polls have shown less than a fifth of the German population is planning to do so.

Germany’s authority for infective diseases, the Robert Koch Institute in Berlin, has already registered around 23,000 cases of swine flu in the country and three people have died.

The chairman of Germany’s official vaccination committee the STIKO has told doctors to have themselves immunised against the virus whatever their personal opinions on the vaccine.

Speaking in an interview with the latest edition of news magazine Focus, Friedrich Hofmann said medical staff have a special responsibility because they come into regular contact with patients with weakened immune systems.