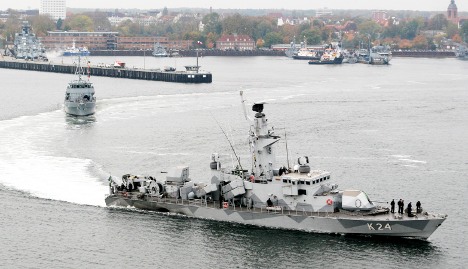 Sources within the German government told the paper that Israel wants the Berlin to finance the MEKO corvettes, a sum that would reportedly reach hundreds of millions of euros.

The paper reported that the government has not yet reacted to Israel’s request. But “influential politicians from northern Germany,” where the shipbuilding industry is suffering from the global economic downturn, are apparently supportive in the interest of keeping German shipyards in business.

The shipbuilding contract would go to Hamburg company Blohm + Voss, the paper said.

But the internal weapons system would come from the United States, with the end result being a missile defence system on water.

Meanwhile the government is reportedly paying for two-thirds of two more submarines with fuel-cell power plants priced at €500 million. They are currently under construction in Kiel with plans to deliver them to Israel in 2012.