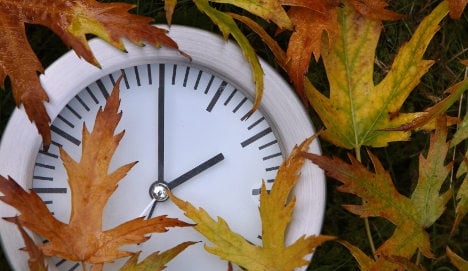 The FDP energy expert Gudrun Kopp told the Rheinische Post daily on Thursday that the switching clocks forward an hour in March and back again in October each year had no perceivable economic or environmental benefits yet caused unnecessary bureaucratic hassles.

“We want to start a new initiative that will end the reoccurring burden people face with the changes,” said Kopp, adding research had shown there are more driving accidents and schoolchildren were less focused in class after switching the clocks.

She criticised the last German government for failing to take up the issue before the European Union extended the current summer time regulations for all 27 members, but said the FDP would still press the matter since it was clear the time change had “absolutely no purpose” and plenty of disadvantages.

Kopp told the paper it was logical to keep summer time, when the sun sets later, as Europe’s “normal time” since it improved people’s quality of life.

Germany and the rest of Europe will set clocks back one hour on Sunday morning.