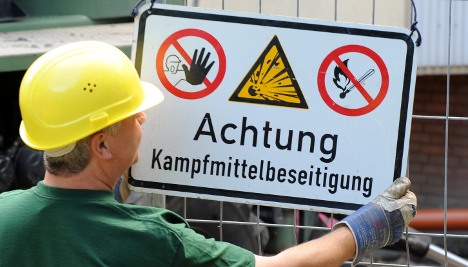 The 250-kilogramme dud was discovered during construction work in a garden midday in the city centre on Wednesday, and experts decided it was too corroded and unstable for transport.

Some 10,000 people in the area were evacuated and the train station was closed for several hours, causing Deutsche Bahn to bus passengers into the city.

The bomb was detonated shortly after midnight and police reported no immediate damages to nearby structures. Residents were allowed to return to their homes before dawn.

In January, 15,000 Osnabrück residents were forced to evacuate while experts defused another WWII bomb.