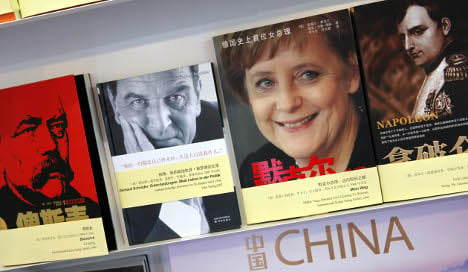 To the average visitor, the annual Frankfurt Book Fair can seem like a giant cultural event offering hundreds of lectures, panel discussions, films, musical events and even exhibitions.

What’s less known to the general public is that this is also the place the literary world comes to do business beyond simply shaking hands and exchanging cards. It all starts on the Tuesday of the Book Fair week, as hundreds of agents jockey to present their rights lists to publishers at the Frankfurter Hof hotel in the city centre.

The now traditional takeover of the lobby has publishers moving from one agent to the next in 30 minute intervals to hear about the latest books his or her stable of authors have written.

After fighting for a chair, this reporter placed herself smack dab in the middle of it to soak up some impressions and find out just how an agent tries to sell dozens of books in a matter of minutes.

The answer involves intense summaries of books at high volume and in quick succession. Agents try to know in advance what editors are looking for and have their pitches ready to go. Across the room, I heard one American-sounding agent tell a Japanese-looking publisher that “the writing is beautiful in this book.” Another book was a book of “actual science” although the author wasn’t a scientist. And then I caught the unusual combination of words “Google and novel.”

On Wednesday, Thursday and Friday of the Book Fair week, the drama moves to the fairgrounds itself. Agents pay for reserved tables in the literary agent’s centre and continue their pitching. As they sit isolated from the publishers’ exhibitions down below, they are deciding what readers will browse in bookshops next year.

But even the literary world isn’t immune from the global economic downturn – as evidence by this year’s 2,000-person decline in attendance to 56,000 on Thursday. The number of exhibitors is down slightly as well. One agent said, however, that the development was good for his business since publishers only sent their top people to Frankfurt – that is, the decision makers.

Visitors to the fair on Saturday or Sunday are unlikely to catch the book-selling buzz, as weary publishers and agents head home to avoid the crowds. But to make the most of the plethora of cultural offerings, use the Book Fair website to create an itinerary and schedule for yourself in advance. Wear comfortable shoes, bring some provisions and leave ample time between events for moving from stand to stand and hall to hall.

There are scores of events held in English including an Eastern European happy hour on Saturday evening and a Sunday debate about the contribution of non-German writers to German literature sponsored by the Goethe Institute and the Robert Bosch Foundation.

In addition, numerous events and exhibits that accompany the Book Fair are being held across the city and the region. Here are some highlights:

Art for the Millions – 100 Sculptures from the Mao-Era. Schirn Kunsthalle until January 3, 2010. For the first time in Europe, the Schirn Kunsthalle Frankfurt presents the spectacular sculptural ensemble “Rent Collection Courtyard.” This group of more than one hundred life-size figures numbers among the most important works in modern Chinese art history and is firmly rooted in China’s collective memory.

Zentralbibliothek der Stadtbücherei Frankfurt am Main through October 31. As a unique art in the world, China paper-cutting art integrally retains the hint of ancient Chinese culture. It has been named “the living fossil of human history” by some experts. The exhibit shows about 120 works on two themes.