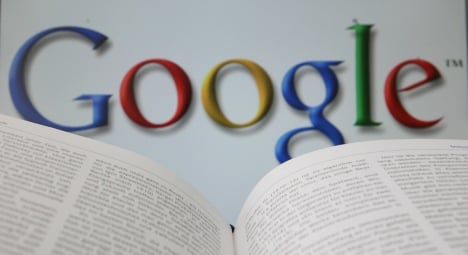 A spokesman for Google Germany said that the project meant Google could now offer an alternative to the Amazon.com Kindle reader, and one that can be used by a wide range of devices.

Google said in June that it planned to begin selling electronic versions of new books online this year, posing a potential challenge to market leader Amazon.

Google executive Tom Turvey said at the Frankfurt Book Fair that publishers would determine the price of each book, and that Google would collect 55 percent of the profits, passing back most of it to retailers.

Publishers would receive the remainder.

Books bought from Google and its partners would be available to any device that has a web browser, from smart phones and the growing number of e-book readers to personal computers.

Electronic books are gaining quickly in popularity and are forecast to be a popular gift in this year’s Christmas shopping season.

Michael Dahan of the French group Bookeen, which showed its Cybook Opus model at the fair, said the editors expect e-book sales to account for 20 percent of the total within five years.

“The market for electronic books is clearly starting to explode,” he said.

According to the Association of American Publishers, e-book in the United States totalled $113 million last year, a leap of 68 percent from the previous year but still tiny compared with an estimated total of $24.3 billion spent on all books.

Google books will be able to be read by Kindle readers but will also support the “epub” open standard format backed by the International Digital Publishing Forum and which many publishers now use.