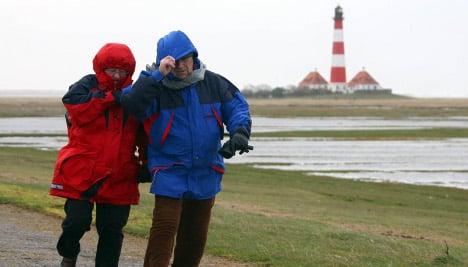 Saturday will be cloudy with scattered showers at lower altitudes, while snow is expected in many areas above 400 to 700 metres. High temperatures will reach between six and 12 degrees Celsius, and three degrees in the Alpine region.

On Saturday evening the eastern mountains will see snow, while the rest of the country will remain foggy and below freezing.

Heavy cloud cover will blanket the eastern and southern parts of the country on Sunday, with scattered rain and snow showers at higher altitudes. The storms are expected to subside as the day goes on, however. Temperatures will top out at between zero and three degrees in the mountains and four and 10 degrees elsewhere.

Next week won’t begin much better, the DWD predicted, calling for dreary fog and high temperatures between four and 10 degrees Celsius.

Warmer weather is not expected to arrive before next Wednesday, the DWD said.