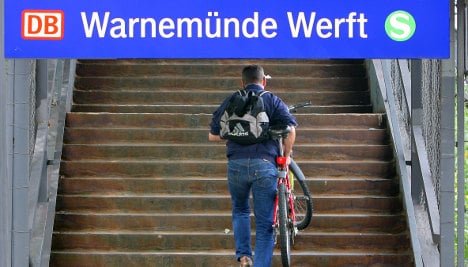 It may come as a surprise to anyone who has ever had to schlep a bike or child’s stroller up Bahnhof stairs, but the survey conducted by the German Pro-Rail Alliance found that 71 percent of the country’s stations are “barrier free” after work in recent years to improve access for passengers.

But while that percentage jumps to 88 percent in the state of Schleswig-Holstein, only 44 percent of train stations in the tiny state of Saarland are accessible to all. This is “impressive evidence that the states do different amounts of work for their train stations,” said head of the Pro-Rail Alliance Dirk Flege.

He also emphasised that the federal government is not alone in its responsibility for the upkeep and accessibility of train stations.

“Train station financing is a collective undertaking of Deutsche Bahn, the federal, state and municipal governments,” he said.